How to celebrate St Patrick’s Day at home 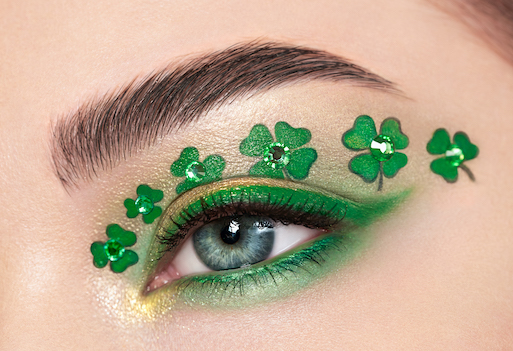 When you think of St Patrick’s Day celebrations, you probably think of parades, parties and a trip to an Irish pub.

But with the threat of Coronavirus spreading at social events, most of the official St Patrick’s Day parades have now been cancelled. The Irish government has announced that none of the official parades and festivals will now go ahead in the Republic of Ireland to try and contain Covid-19 as much as possible.

And with the organisers of some UK events following suit, more and more people will be celebrating St Patrick’s Day at home this year. St Patrick’s Day on March 17 is a traditional Catholic feast day to remember the patron saint of Ireland but over the years, it has grown in popularity and has now become a celebration of Irish culture across the globe.

But how can you make St Patrick’s Day special without leaving your home?

When you go to a St Patrick’s Day event, the crowds are usually a sea of green. Recreate this at home by giving your living room a mini-makeover with green decorations like streamers and shamrocks as well as Irish flags.

There are plenty of great films set in Ireland so why not settle down on your sofa and put one on to make St Patrick’s Day a night in to remember? If you’re after something light-hearted and fun, try Waking Ned, a 1998 comedy about an elderly lottery winner who dies from shock still clutching his winning ticket. But can the village pull together and convince the claims inspector that Ned is still alive so they can share the jackpot?

The Commitments, a 1991 film about an Irish soul band trying to make it big in Dublin, is always worth a watch and you’ll be singing the soundtrack in the shower for days afterwards. If you prefer your films to be gritty or political, check out Michael Collins, starring Liam Neeson as the revolutionary fighting for Irish independence.

Get in plenty of traditional Irish drinks, including Guinness, Bailey’s Irish Cream and whiskey. You could also try Irish coffee – the perfect way to unwind at the end of a meal. Add a shot of whiskey to your mug and then add good quality black coffee, leaving a couple of centimetres of space at the top. Add two spoonfuls of brown sugar and stir until dissolved and then top gently with whipped cream. For children and anyone not drinking alcohol, you could make a Shamrock Smoothie. Add half an avocado, a cup of coconut milk, a cup of crushed ice, a handful of fresh mint leaves, a teaspoon of vanilla extract and some honey to your blender and mix until smooth. Sprinkle some grated dark chocolate on the top.

However you celebrate you’ll need some tasty St Patrick’s Day snacks. Cook some potato wedges as an alternative to nachos and then add some toppings – cheese, bacon, sour cream, salsa, guacamole and jalapenos all work well. You could also make some shamrock-shaped sandwiches. If you’re planning a sit-down family meal, pop a lamb or beef stew in the slow cooker and serve with plenty of potatoes or colcannon -  a traditional Irish dish of mashed potato with bacon and cabbage.