How to enjoy the Wimbledon final at home 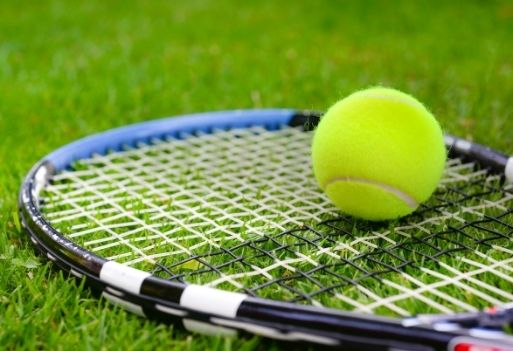 More tennis fans than ever are watching Wimbledon from the comfort of their own home this year.

With the numbers allowed into the complex limited due to the Covid-19 pandemic, fewer people will be able to watch a match in person. Queuing up to buy tickets was banned this year so only those who managed to buy online have been lucky enough to go.

Those with tickets have been asked to prove they are fully vaccinated or provide evidence of a negative lateral flow test taken up to 48 hours before their visit. And even the numbers allowed onto Henman Hill – the grassy bank where fans without show court tickets can watch the action on a giant screen – were limited to a maximum of 21,000 at the start of the tournament, which is about half the usual amount.

So how can you make the most of Wimbledon without leaving your house?

The BBC is the best place to watch the tennis tournament on TV if you are in the UK with live coverage from 11am each day. As well as watching matches being shown on both BBC1 and BBC2, viewers can also use the red button to access more options or watch online via iPlayer.

Wimbledon has been overshadowed a little this year by Euro 2020 and the men’s singles final will actually take place on the same day as the football final. The men’s final will be on centre court on Sunday with the action not expected to start until at least 2pm, while the football doesn’t kick off until 8pm so there is only a slight chance the two will overlap.

But watching from home makes it easier for you to keep tabs on both matches if they end up clashing – you could even have the tennis on in one room and the football on in another. The women’s final will take place on Saturday from 2pm.

Hosting your own Wimbledon party

If your party is going to be taking place in more than one room, make sure the tennis can be watched by your guests wherever they are. This doesn’t mean you have to go out and buy more televisions but make use of laptops and tablets to screen the coverage in places where your guests are likely to gather if there isn’t already a TV there. Make sure there is plenty of comfy seating, especially around your biggest screen where people are likely to want to catch the most crucial moments.

One of the best things about watching Wimbledon at home is you don’t have to waste any time travelling. But this probably means you and your guests will have a bit more time on your hands so plan some things to do to keep you entertained when there’s a lull in the action. Games could include a tennis ball hunt – think an Easter egg hunt but instead of hiding chocolate treats around your home and garden, go for balls and offer a prize to the guest who finds the most – or a sporting trivia quiz with a Wimbledon theme.

Wimbledon wouldn’t be Wimbledon without strawberries and cream so make sure you stock up. Other treats which may make you feel like you’ve just stepped away from centre court include Eton mess, jugs of Pimm’s, scones and dainty sandwiches with the crusts cut off. Cupcakes or round biscuits could easily be iced to look like tennis balls to add a sense of fun.

The official colours of Wimbledon are green and purple so embrace these colours with green and purple napkins and party decorations. You may want to add to the theme with some purple floral arrangements -lavender and clematis are both good options.

To experience sporting events in your own home in ultimate relaxation, visit your nearest La-Z-Boy stockist to explore our wide range of sofas and chairs.

Designed and Manufactured in Britain

The Made in Britain campaign is a movement designed to bring together the manufacturing community in the UK, awarding companies who manufacture their products in Britain a collective mark we can use on our products and communications.

The mark proudly demonstrates La-Z-Boy’s commitment to supporting the local economy and community.

You can identify our UK manufactured products by the Made in Britain flag on the product’s photos.

We launch new ranges throughout the year, so be sure to follow us on social media and check back to keep up-to-date with our new products.