How to host your own Olympics party at home 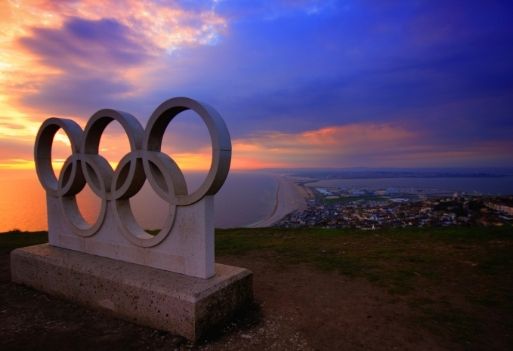 It may be a year later than planned but the Tokyo Olympics will be bursting onto our TV screens from Friday.

And for the first time in 16 months, people will be able to celebrate the occasion with no limits on the number of guests they can invite to their home or garden as the legal rules about face masks and social distancing have now been lifted.

The Olympics opening ceremony will start at 12pm on Friday – though Japan is eight hours ahead of the UK so the event will be in the evening for the athletes taking part. Most of the competitions won’t start until the weekend, although football, baseball and softball will begin before the ceremony itself on Wednesday.

The Tokyo Games will then run for just over two weeks with the closing ceremony taking place at 12pm on Sunday, August 8. The Paralympics will then begin in Tokyo on Tuesday, August 24.

What are the ingredients of a great Olympics party?

There are two potential themes you could embrace for an Olympics party – international or sports – but you may well decide you want to combine the two. Here are our ideas for hosting an Olympics-themed party at home this summer:

Dividing up the main Olympic nations between your guests is a great way to embrace the international nature of the world’s biggest sporting event. Give each person a country and encourage them to dress up in something which reflects it. If you’re asking your guests to bring any food or drinks, you could ask them to contribute a dish related to their country. So a guest who has the USA might bring burgers or hotdogs while the person representing Japan might bring a tray of sushi or some teriyaki chicken skewers.

More than 200 different countries take part in the Olympics so you’ll never be able to represent them all but quite a few of the major party suppliers sell multi-nation flag bunting which will give your home and garden an international makeover. Alternatively, you might be feeling patriotic and want to show your support for Team GB by decorating with Union Jack flags. Bunting and flags are a quick and easy way to transform your home ready for your party.

Embrace the spirit of the Olympics and unleash your competitive side by holding your own mini sports day. Work out what events you can hold in the space you have (probably best to give javelin a miss) and get some medals or prizes for the winners. Simple ideas which don’t require a large area include giving everyone a set of coloured ping pong ball and taking turns to throw them into a bucket or seeing who can walk the furthest with a beanbag or book balanced on their head.

As well as offering snacks from all over the world, you could add some ring-shaped offerings to the buffet table to represent the Olympic rings. Anything from donuts and bagels to Hula Hoop crisps and party rings will do. You could also use the Olympic rings as a decorating theme.

If you’re holding an Olympics party, it’s a good idea to make sure you’re showing some of the coverage. Arrange seating so guests can see the television and consider setting up screens – tablets and laptops will do the trick – in other rooms where guests will be mingling.