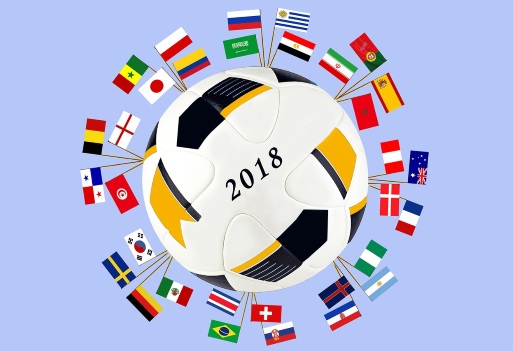 You don’t need to splash out on pricey tickets or flights to Russia to make the most of the World Cup.

The tournament is due to start on Thursday, June 14 with an opening match between the hosts Russia and Saudi Arabia. And with both BBC and ITV showing the matches, all you have to do is get the drinks and snacks in, take control of the remote and sit back and relax in your La-Z-Boy armchair.

Here’s our handy guide to watching the World Cup from the comfort of your living room:

Tunisia v England, Monday, June 18, 7pm – England’s first World Cup match against Tunisia in Volgograd will be shown on BBC1. The last time England played Tunisia was 20 years ago in the 1998 World Cup when the side seized a 2-0 victory. With Tunisia heading to the tournament without key player Youssef Msakni who is suffering from a knee ligament injury, the odds are thought to be in England’s favour.

England v Panama, Sunday, June 24, 1pm – Settle in for a Sunday afternoon in front of the telly as England take on Panama on BBC1. This year is the first time Panama has competed in a World Cup but this doesn’t mean Gareth Southgate’s team can take winning the match in Nizhny Novgorod for granted. The Central American nation, which has a population of just four million, had to beat the USA to qualify for the tournament.

England v Belgium, Thursday, June 28, 7pm – Coverage switches to ITV1 as England plays Belgium in the final of its group stage matches in Kaliningrad. This is likely to be the tensest and most challenging game in the group stage as FIFA has ranked Belgium third best in the world. However, England has a good history of beating Belgium, playing them a total of 15 times and only losing twice.

If England come first in the group stage, the side’s next match will be at 7pm on Monday, July 2 against the runner-up in Group H, which includes Poland, Senegal, Colombia, and Japan. If England takes the runner-up spot in Group G, the team will play the Group H winner the following night at 7pm on Tuesday, July 3. Both matches are expected to be screened by the BBC.

England hasn’t made it to the semi-final stage since the World Cup was held in Italy in 1990 but fans are hoping this year’s squad prove the doubters wrong. If England does make it into the semi-finals, they will play either at 7pm on Tuesday, July 10 on ITV or 7pm on Wednesday, July 11 on BBC.

The final of the FIFA World Cup 2018 will be screened on both ITV and BBC at 4pm on Sunday, July 15.