Want to have fun this New Year’s Eve? You might be better off staying at home 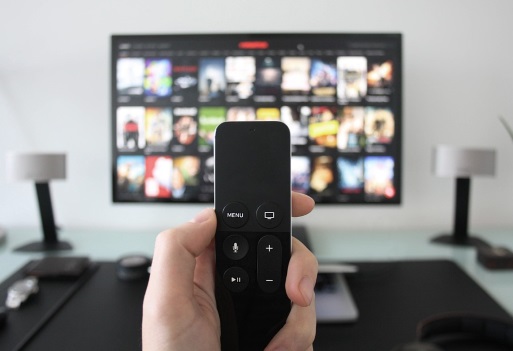 Going out for New Year’s Eve may be considered an annual tradition but millions of Brits will choose to see in 2019 from the comfort of their own home.

The big New Year night out is losing popularity in the UK, with many venues charging high admission fees for what, in some cases, is little more than a normal night out at the local pub. Even if you manage to get tickets to a special New Year’s Eve event, you also have to factor in the high cost of food, drinks and a taxi home.

But there is an alternative and it’s simpler than you think. Staying in for New Year’s Eve means you can wear what you want, save money and avoid getting trapped making small talk with a drunk a few minutes before midnight strikes.

So invite your friends and family to see in the new year with you at home. And if you don’t want the trouble of hosting a party, there’s plenty on the TV to keep you occupied well into 2019.

Sink into your La-Z-Boy recliner, grab the remote and check out what’s on the box over the New Year period:

If you want to hear the chimes of Big Ben and watch the impressive annual fireworks display over the Thames, tune in to BBC1. This year, the pyrotechnic spectacular will be sandwiched in between a live performance by 1980s favourites Madness.

Comedians Adam Hills, Alex Brooker and Josh Widdicombe take a satirical look back at 2018, along with celebrity guests Johnny Vegas, Katherine Ryan and Nish Kumar. Expect lots of jokes about Donald Trump and Brexit plus the chance to see Alex attempt to become the first disabled man to take on the treacherous winter sport, double luge.

Jools Holland will be rounding up his usual eclectic mix of musicians for a melodic end to the year. Guests include Jess Glynne, George Ezra, Michael Buble and Marc Almond. You will also be treated to performances from the Pipes and Drums of the 1st Battalion Scots Guards, the Record Company and Rudimental.

Start the year as you mean to go on by settling onto your sofa for a good dose of British drama. For the first time in 13 years, the BBC hasn’t screened a Doctor Who episode on Christmas Day but you can make up for lost time with this New Year-themed special which sees Jodie Whittaker et al take on an ancient threat to planet Earth.

Probably not the best thing to watch if you’ve started January on a diet but this Bake Off special will be full of tempting treats and familiar faces. Past contestants Candace Brown, Tamal Ray, Kate Henry and Steven Carter-Bailey will be joining the judges and presenters in the famous white tent to tackle challenges like a creating a 3D cake on the subject of New Year’s resolutions.