What’s on TV this Christmas? 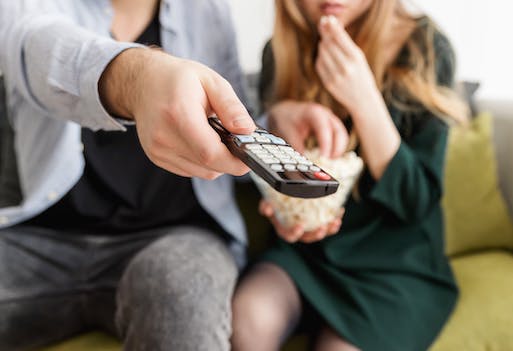 When the presents are unwrapped and the turkey eaten, what can be better than sinking into your sofa for an extra-large helping of festive TV?

And with so many fantastic programmes on this year’s Christmas schedule, you won’t need to stray far from your La-Z-Boy sofa unless it’s to get more mince pies.

It’s become something of a Christmas tradition for the BBC to show a festive special of the nostalgic drama Call the Midwife. This year Miriam Margoyles joins the cast as a nun looking after four orphaned Chinese refugees who are due to be adopted in the UK. The episode will also see the return of regular character Trixie, played by Helen George.

Families all over the country now recover from eating too much turkey by watching an animated adaptation of one of Julia Donaldson’s popular children’s books illustrated by Axel Scheffler. The latest offering is Zog, an accident-prone dragon who finds his lessons tricky without the help of a kindly princess who wants more from life than looking pretty. Sir Lenny Henry narrates the tale while Game of Thrones star Kit Harington provides the voice of the knight Sir Gadabout.

The BBC has joined forces with Netflix to create a new TV adaptation of the 1972 classic novel by Richard Adams, which tells the tale of a group of rabbits fleeing their warren in search of a new home. This CGI animation will be split into two feature-length episodes and is expected be less violent and traumatic than the 1978 film, which frightened a generation of children. With an all-star cast including James McAvoy, Olivia Colman and Gemma Arterton and an original song by Sam Smith, this is sure to become a festive talking point.

Four contestants from Bake Off past will join Sandi Toksvig and Noel Fielding as well as judges Paul Hollywood and Prue Leith to create some festive favourites in the famous tent. Usually shown on Christmas Day with a second episode on New Year’s Day, viewers get to enjoy watching popular bakers make a return to their screens to tackle Yuletide challenges.

Comedian David Walliams’ children’s book The Midnight Gang will be coming to our TV screens on Boxing Day. It tells the story of a group of five children who are patients at Lord Funt Hospital and set off on an exciting night-time adventure while everyone else is asleep. Starring David Walliams and Alan Davies, this is real family festive viewing as it is likely to be a hit with adults as well as children.

If you’re looking for something a little bit dark after all the jolly festive frivolities, you might want to check out The ABC Murders with John Malkovich, Rupert Grint and Tara Fitzgerald. An adaptation of a classic Agatha Christie whodunit, Belgian detective Hercule Poirot will attempt to stop a serial killer in his tracks. The drama will be shown in three parts on consecutive nights with the first instalment being screened on Boxing Day.

Other TV highlights over the festive period will include a Gogglesprogs Christmas Special on Channel 4, a Love Island Christmas Reunion on ITV2 and a Yuletide version of Channel 4 favourite First Dates.