What’s the best on the box over New Year? 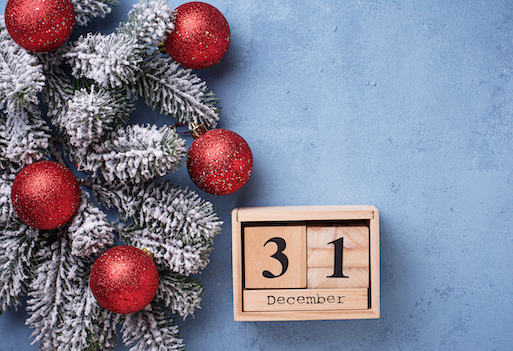 If you don’t fancy paying over the odds for drinks, taxi fares and tickets on New Year’s Eve, you might be planning to see in 2020 with a cosy night in at home.

Last year, seven out of 10 people stayed in for New Year’s Eve and similar numbers are expected to remain at home this year too. So if you’re not planning to stray far from the sofa, what can you expect to be entertained by on TV? And what are the best programmes to kick off your 2020 viewing?

We’ve looked at the best options on TV for New Year’s Eve and New Year’s Day:

If you fancy a humorous take on the year, join Last Leg presenters Adam Hills, Alex Brooker and Josh Widdicombe for this New Year’s special.  Expect an irreverent look at the last 12 months with celebrity guests including Sue Perkins, Sara Pascoe, Johnny Vegas and Tom Davis. The episode will also see Alex attempt to become the first disabled person to complete a high-speed lap in a racing car at Donington Park.

Graham Norton is joined on his sofa by an A-list line-up to end 2019 on a high. Guests include two-time Oscar winner Tom Hanks, Strictly judge Motsi Mabuse and actor Stephen Graham, best known for his portrayal of Combo in the This is England film and television series. There will also be musical performances by Pink and Melanie C.

Jools Holland has been celebrating the end of the year with an eclectic mix of musical guests since 1993 and 2019 is no different. This year’s outing has something to satisfy a wide range of tastes from Stormzy and Tom Walker to Rick Astley and the Stereophonics. The whole thing is held together by Jools Holland and his Rhythm and Blues Orchestra, who organise the perfect New Year’s get together so you don’t have to.

Hear the bongs of Big Ben ring in 2020 and say goodbye to 2019 with a bang by watching the annual fireworks extravaganza on the Thames Embankment. This is one way of seeing the fireworks in comfort without having to deal with the freezing temperatures and huge crowds. This year, the fireworks take place in the middle of a live broadcast of a Craig David concert.

The start of 2020 sees the arrival of a new series of sci-fi family favourite Doctor Who. In this first episode, the Doctor, played by Jodie Whittaker, is called in by MI6 as intelligence agents all over Earth come under attack from aliens. Part one of a two-part episode called Spyfall, this is Doctor Who meets James Bond and promises to start the series off with plenty of humour and drama.

If you fancy something comforting as you recover from your hangover, The Great Festive Bake Off is sure to deliver. And this New Year’s episode is a little bit different than the usual festive baking fare as five members of the cast of Derry Girls compete against each other for the star baker title. The standards might not be as high as when former contestants gather in the tent but there are plenty of laughs as the actresses try to get to grips with making a trifle.

Snuggle up under your blanket and get ready for something a little bit different as a new three-part series of Dracula starts on BBC1. The drama sees a young solicitor head to Transylvania to sort out some paperwork with Count Dracula but his plans for an uneventful business trip soon go awry. This adaptation by Mark Gatiss and Steven Moffat bears little resemblance to the original legend by Bram Stoker but there is plenty to keep you on the edge of your seat.

If you enjoyed the first series of thrilling cop drama Bancroft, you’ll be pleased to hear it is back for a second series which starts on New Year’s Day. The murderous murder detective is now in charge of a newly created North West police force but her new role is unlikely to keep her from killing again. Starring Sarah Parish as Elizabeth Bancroft, the three-parter will be screened on consecutive days, concluding on Friday, January 3.